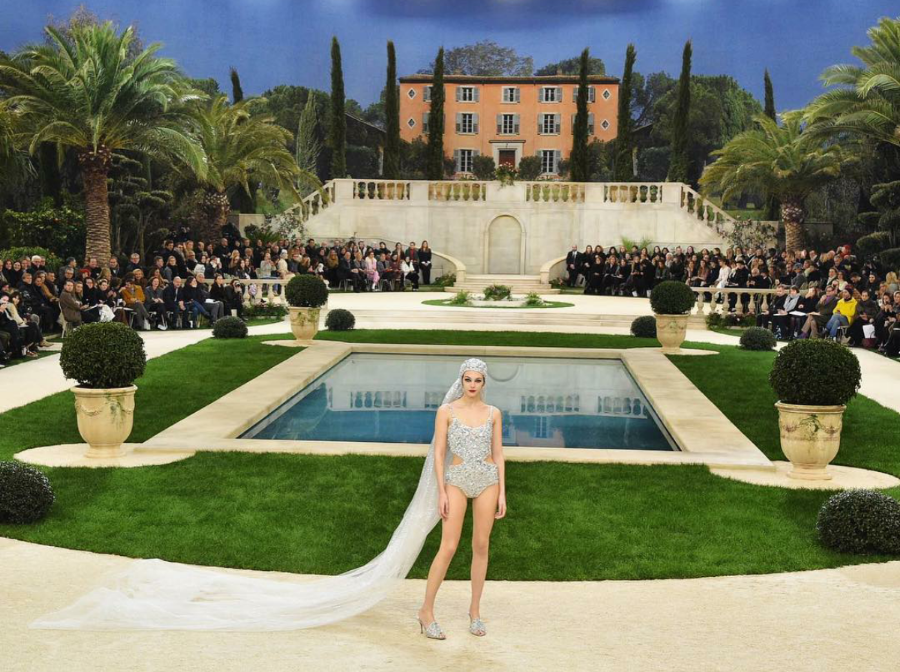 The Villa Chanel, as it was called on invitations, was an opulent setting based on La Vigie, a Monte Carlo house at which Lagerfeld summered in the 1980s. The show opened with a series of pale tweed suits with long pencil skirts.

What would couture week be without Kaia Gerber, in an entirely sequinned dress embroidered with feathers and hand-painted ceramic flowers, a tribute to the know-how of the CHANEL Haute Couture ateliers.

Feathered boleros and daisy-strewn gowns, the show wound its way into a 1950s mood. The boleros were replaced by cropped leather jackets, the feathers by Pink Lady satins.

Lace dresses in the classic Corolla shape of 1950s couture, with a minimal corseted bustier and a full, slightly tulip-shaped skirt were stitched from lace so airy and light that the models seemed to float along the catwalk.

As with all couture shows, Chanel traditionally ends each couture collection with a bridal look.

All eyes were on the final look of the night, the Chanel Couture bridal look. Lagerfeld veered away from the traditional couture bridal gown and sent model Vittoria Ceretti down the runway in a dazzling, sequined bathing suit with a matching swimming cap and a glittery veil.

5 International Events That Will Change the Way You Think 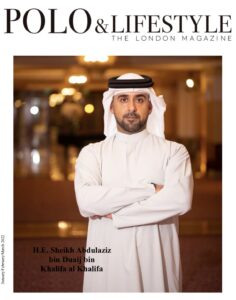