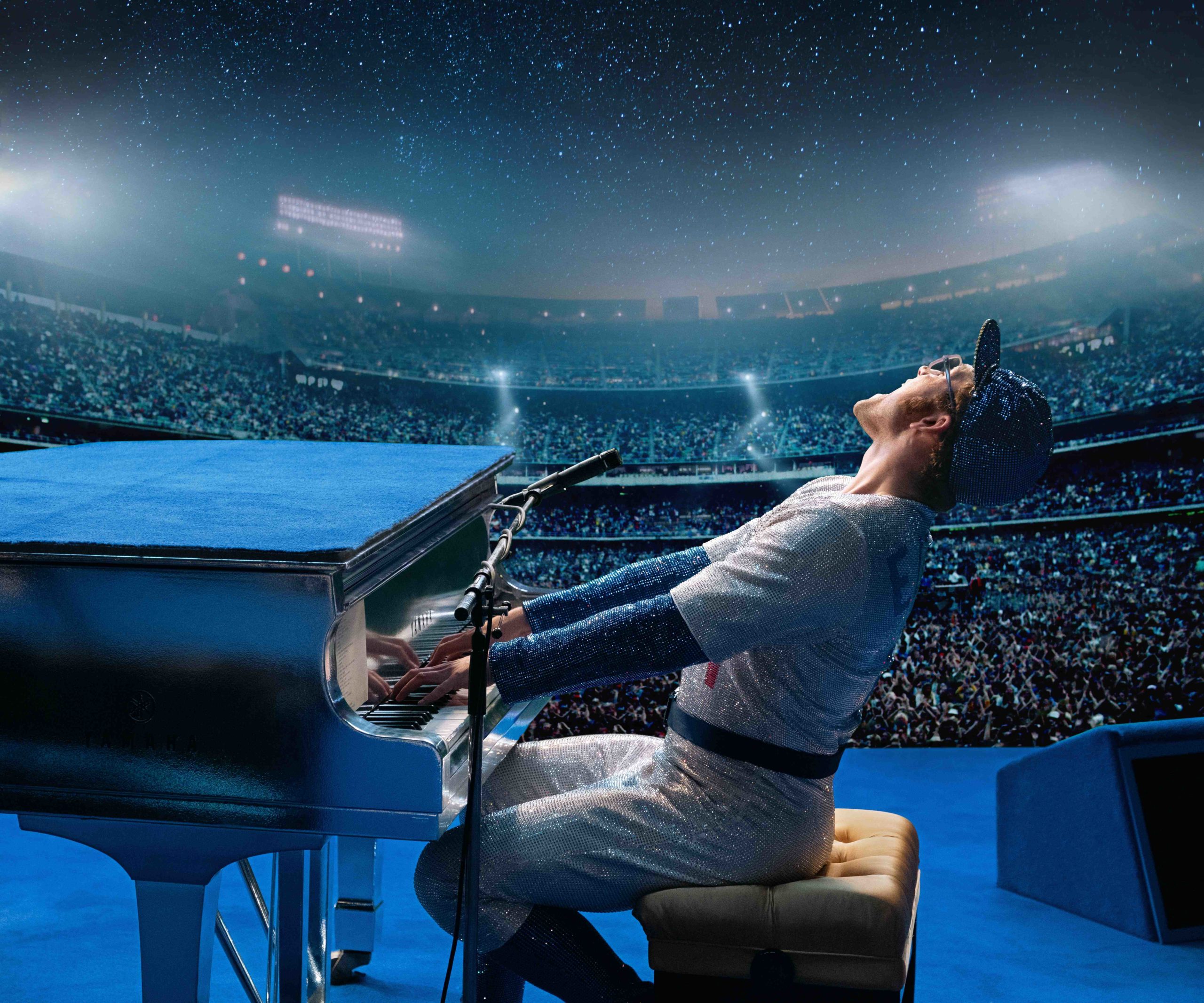 Taron Egerton as Elton John in Rocketman from Paramount Pictures.

The new musical fantasy film Rocketman is based on the life of Sir Elton John. There is no other artist that looks like Elton, he had is own particula unique style.

The costumes including 64 different looks for the character of Elton. From costumes to accessories, wherever founding a place for crystals, they put it there.

Nadja Swarovski, commented: ’’We were thrilled to collaborate once again with Julian Day on the stunning costumes for Rocketman. Embellished with over one million glittering Swarovski crystals, Julian’s inspired redesigns of Elton’s most famous outfits perfectly capture the magic, energy and impact of one of the world’s true musical icons.’’

From his wardrobe there are four key crystallized costumes, his fashion style was not glam, it was unique.

The Dodgers outfit, was a very iconic moment in Sir Elton’s life.

The dramatic Devil outfit was designed for a moment when Elton feels unloved, so costume designer Julian Day surrounds him with love in the form of a fiery-red jumpsuit with heart-shaped wings. The costume blazes with bespoke crystal flames, a headdress and sunglasses all glowing with over 60,000 hand-embellished Swarovski crystals.

The Elizabeth costume created for a wild stage performance with crystals and swarovski crystal pearls. The headdress was inspired by Hedy Lamarr’s Swarovski original in the 1941 film Zeigfeld Girls.

More than 750 bespoke crystals, including 91 personalized Elton John patches. The glasses, the shoes, Swarovski provided all the crystals for the film.

Unique and magical Christmas markets to explore this year