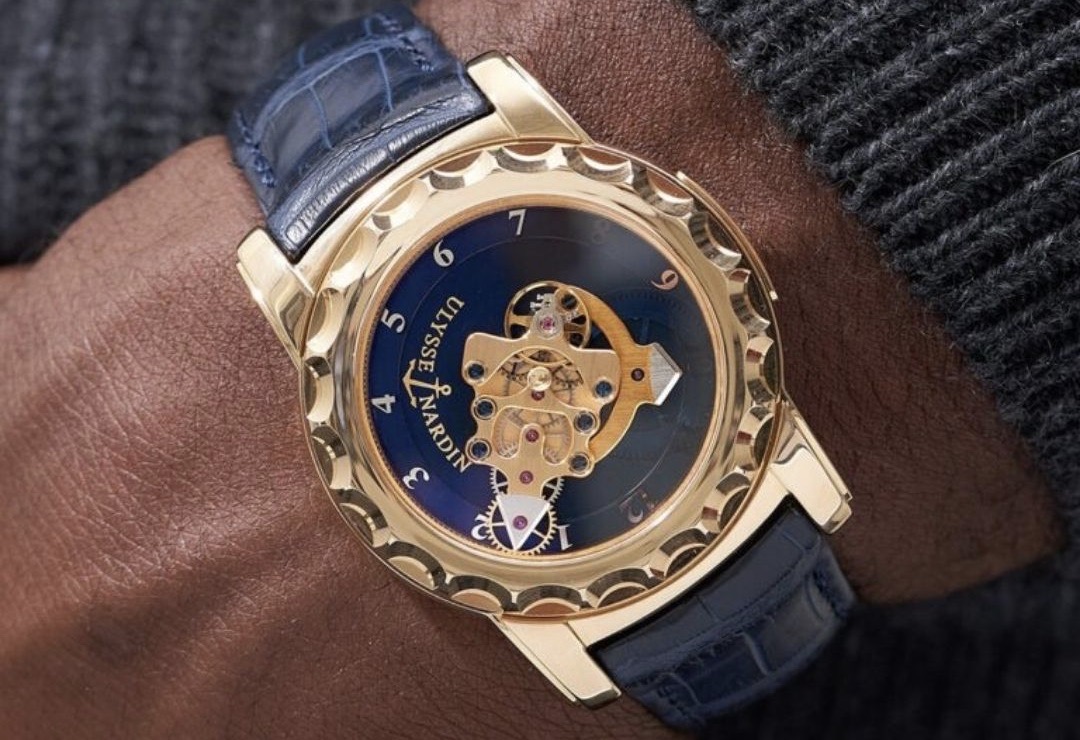 While a staple within the Ulysse Nardin collection for the past 20 years, we cannot highlight enough that the Freak was – upon its release in 2001- one of the most forward thinking, ground breaking and influential watches of its era.

Ulysse Nardin’s dual direct escapement incorporates two escape wheels operating alternatively and giving two impulses per oscillation. To obtain the best possible results these escapement wheels needed to be as light as possible, thus the novel and groundbreaking use of silicon (which had the further advantage of not needing lubrication). The watch was further wound using the back bezel and time was set using the grooved top bezel.

The present watch is the prototype P001 of this disruptive and historically relevant piece that changed the face of watchmaking as we know it.

Cartier Jean Cocteau The Secret About the Trinity Ring